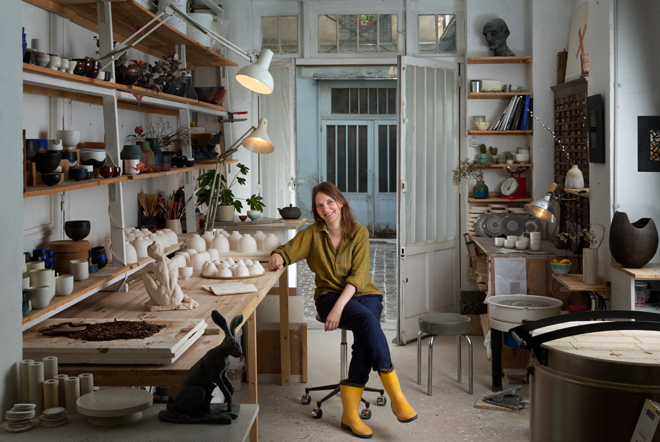 After having spent 15 years in multimedia conception and interactive design, Barbara Lormelle shifted her career towards tangible elements.

Even though it had been in her family for two generations, it took some time before the world of ceramics came to her. Quickly enough, the discipline touched her significantly as she felt she could explore at the same time shapes, materials and surfaces, all of which can be diverse, inexhaustible and always surprising.

After completing a course in a school in the Paris area, she graduated in ceramics in June 2014 and, at the same time, opened her workshop in Paris.

A member of the Ateliers d’Art de France, she exhibits in art shops and galleries in Paris

Right now her work focuses on white or black porcelain, and each piece is wheel-thrown.
During throwing, Barbara concentrates her attention on the line of the part, after which the profile is refined during trimming. She tries to purify the shape as much as possible, in order to give maximum visibility to the glaze.
Barbara’s works can either be displayed, alternatively they can be put to practical use in everyday life. 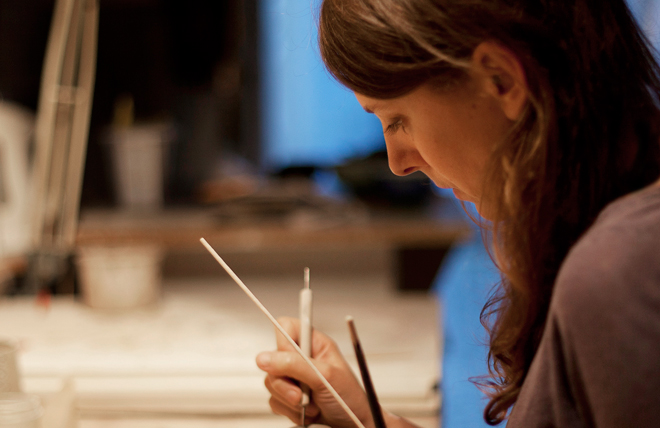